The hotel, immersion in contemporary art

Nearby Béziers arena, in a XIXth century house, the 4 star  In Situ Hotel is a place to relax and socialise in the south of France. Our charming garden welcomes you upon your arrival. The original Haussmann architecture has been preserved and combined seamlessly with contemporary design, giving the hotel its own unique style.

The 24 rooms and suites are modern and airy, with minimalist furniture set against a soothing colour palette. All  rooms are elegant and comfortable, and luxury rooms have their own terrace. Outside, the swimming pool and sun terrace overlooking the garden create a peaceful atmosphere. The hotel spa includes a steam room and infrared sauna. The hotel also has a fitness centre, private on-site parking, and fully equipped conference rooms.

The hotel concept is the result of a creative collaboration between local businesses and talents.

In situ is a Latin phrase that means locally. Contemporary art, in situ refers to an artistic method or a work that takes into account the place where it is installed. One of the hotel's principal projects is to propose itself as a showcase to contemporary artist, some of whom can integrate and harmonise their ideas into the hotel's very fabric.

Intentionally extending the time taken for the renaissance of the building and its architecture, this project will be open-ended, offering each artist the opportunity to express himself, make his mark, and see his emotions made reality. This project makes the In Situ Hotel truly unique.

Here are some of the works created by the first artists participating in the project.

The artistic world Denant is both site construction and architecture. The artist builds and «deconstructs» pounding his art by sculpting..

Bernard Pras develops an amazing form of expression, including the creation, halfway between painting and sculpture.

The artist creates portraits with unusual and disparate assembled objects. These compilations multifaceted reveal their meaning once photographed from a specific angle when objects suddenly disappear, leaving only the face imagined by the artist.

It is the illusion and magic of the optical operating.

It is in the late 80s that Mist discovered graffiti along RER railway. Captivated by what he saw, he made his first graffiti in 1988. His paintings with bright colors wildstyle don’t leave anyone indifferent.

Soon he is recognized as one of the most talented graffiti artists of the capital. It is also one of the few artists who excels in the work of the volumes in the drawing.

Without claiming a particular style, but by developing a narrative universe of his own, he practiced all the techniques of creation.

Gradually, he diversified his artistic approaches and undertook the project Around the World in contact with “artisans”. He lives and works in Lisbon, where he is dedicated to the 19th stage of his world tour.

Since 1981, his work has been the subject of more than 200 exhibitions public and private collections in Europe, America and Asia. 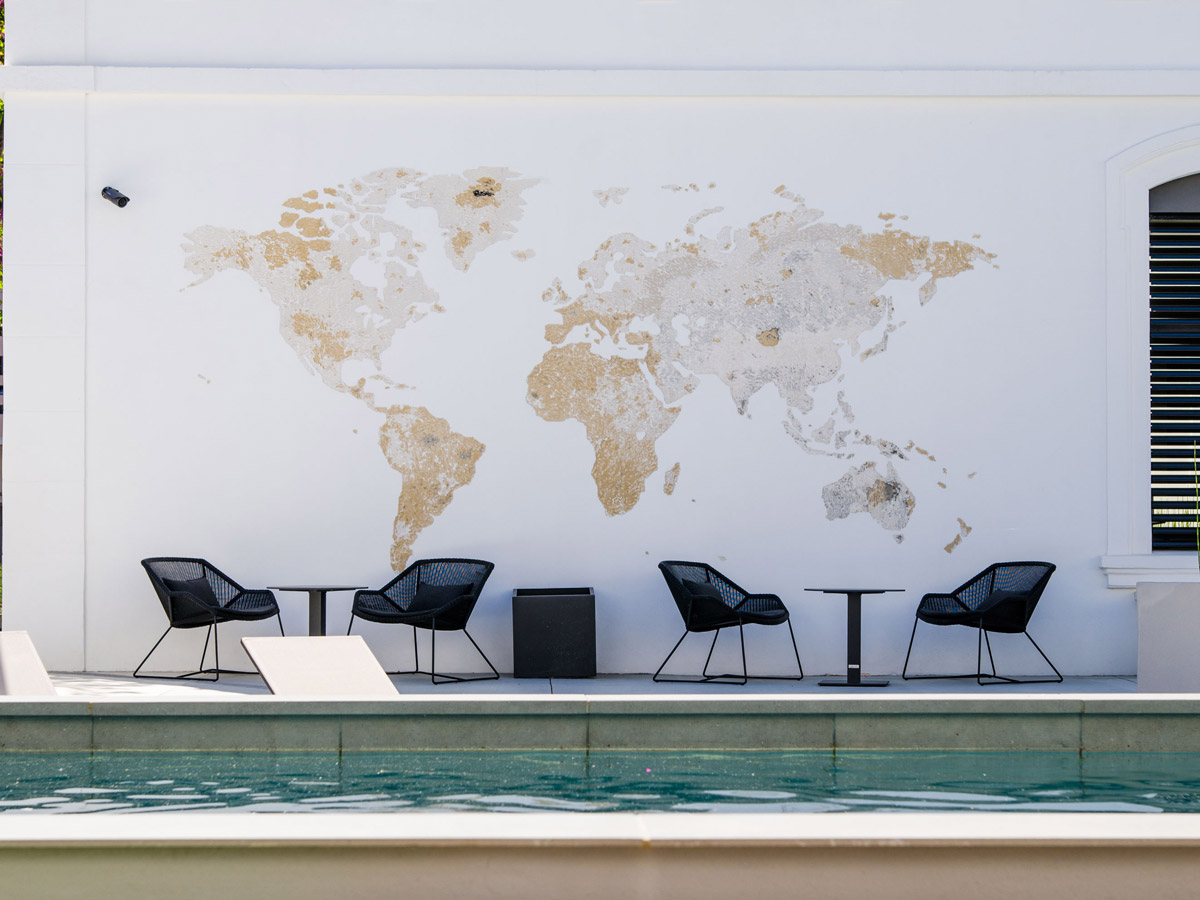 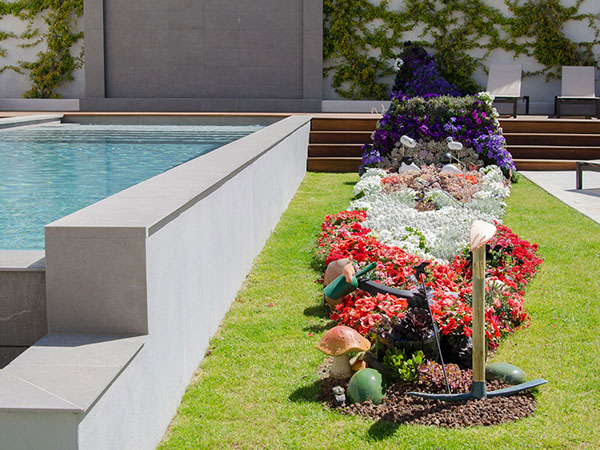 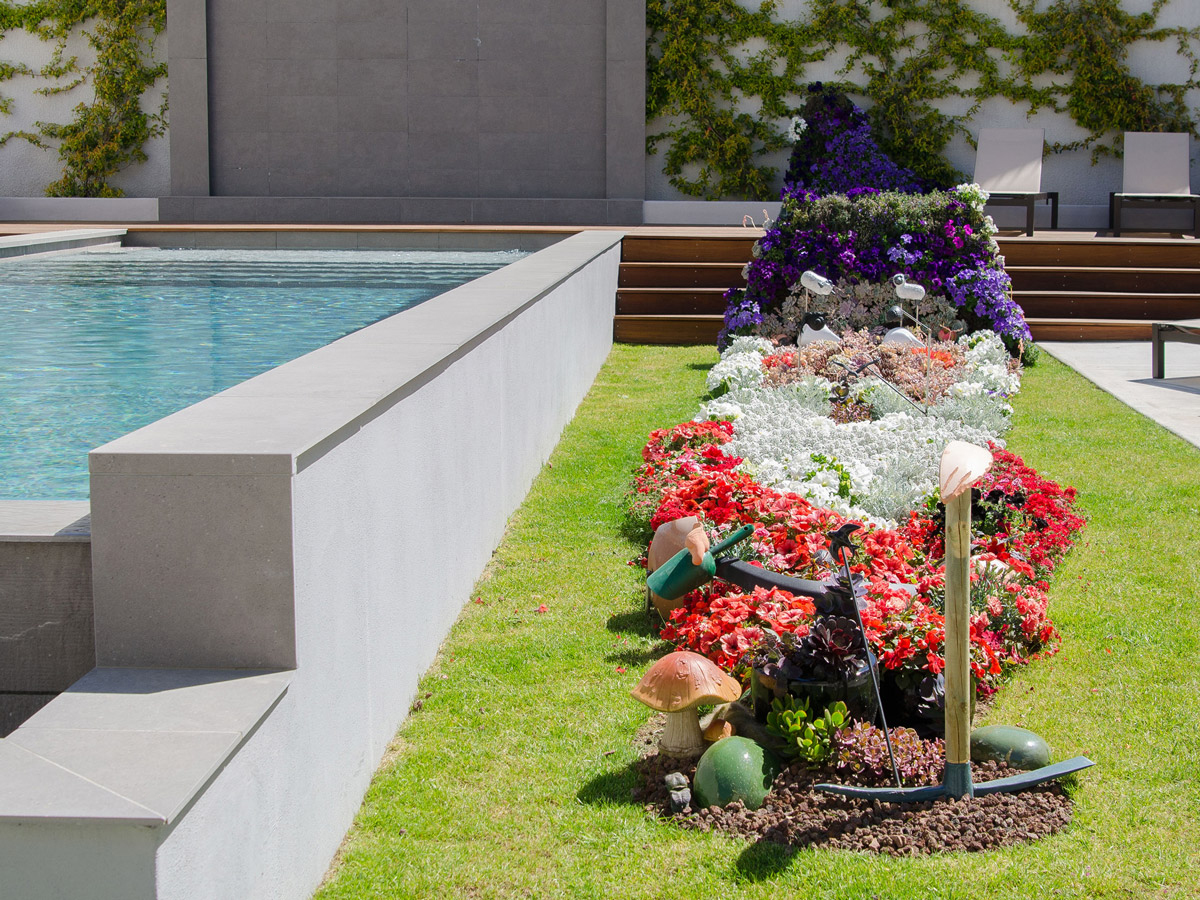 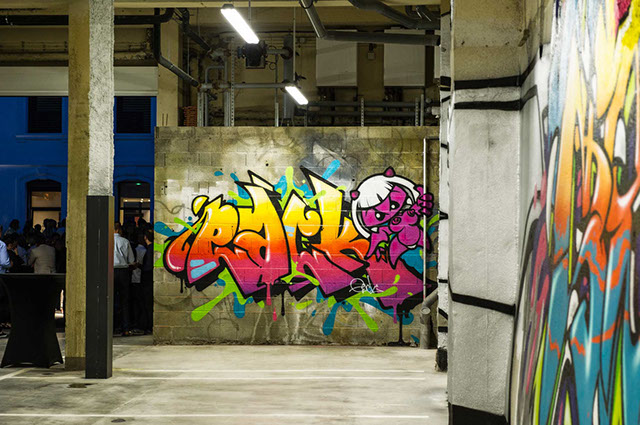 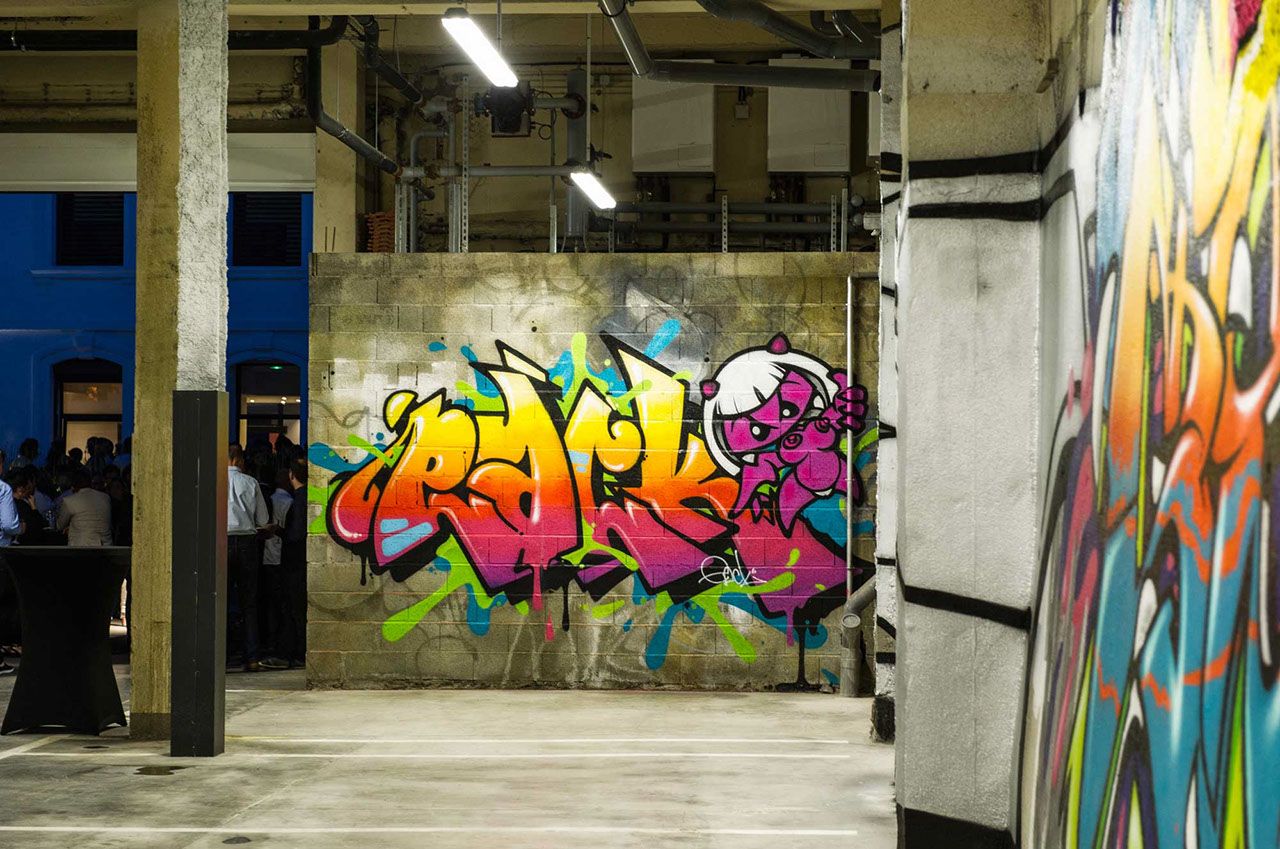 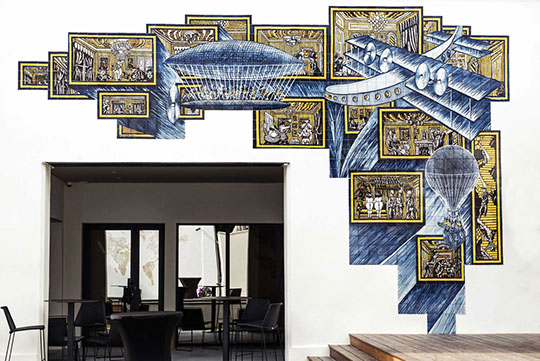 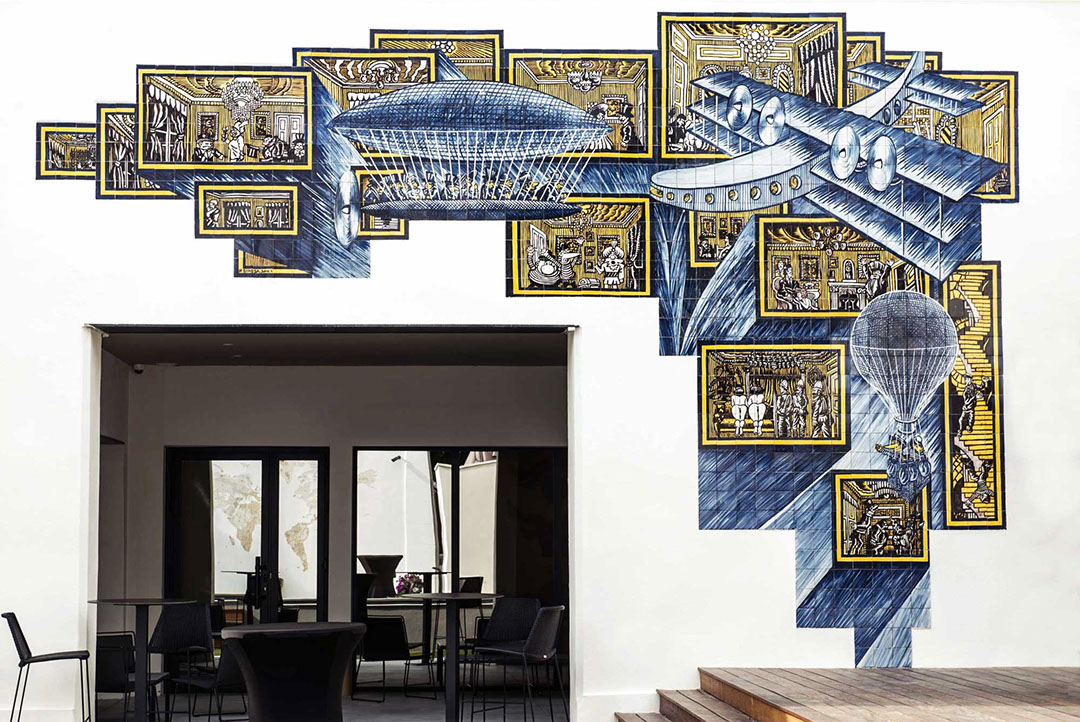 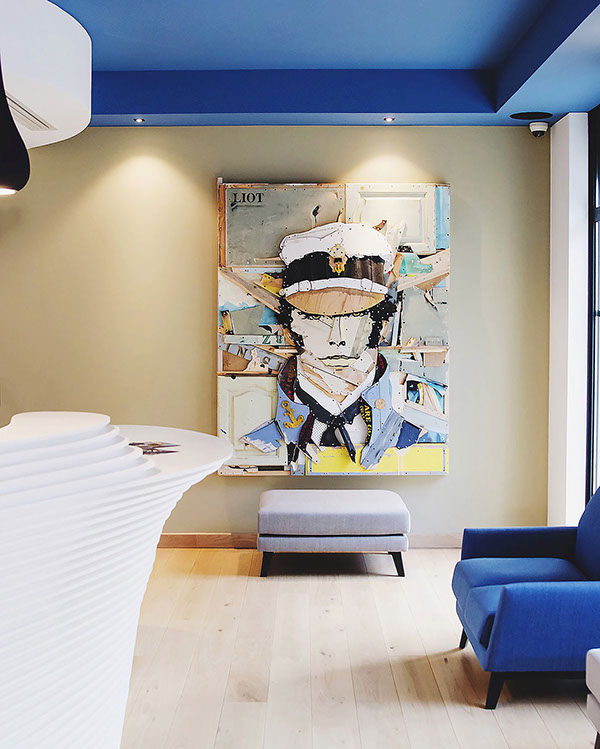 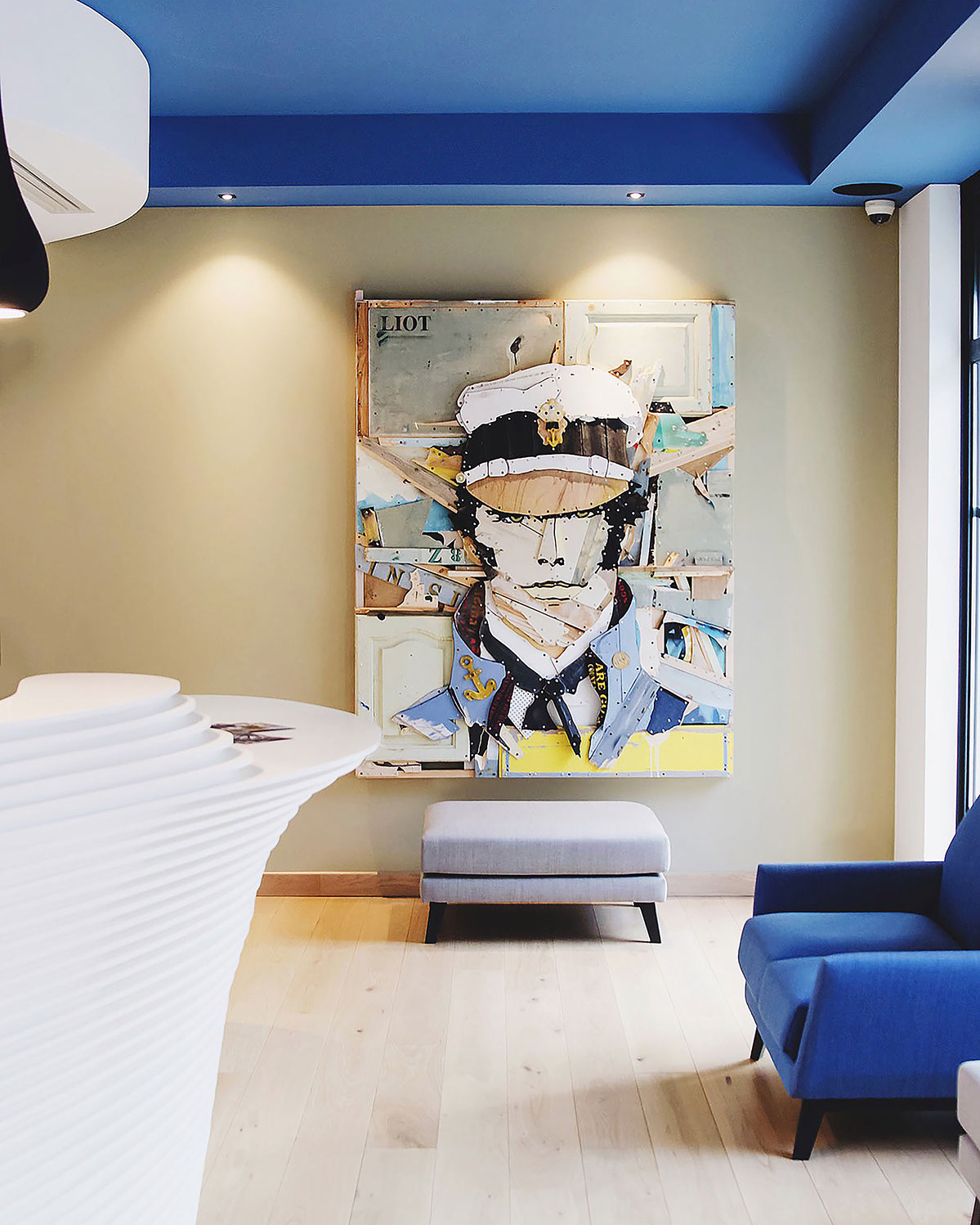